In my last post, I explained how a character in a story I’d written for a library-based mystery had become a real figure in the Steampunk-Shrunk Community.  Copies of the book (minus it’s vital missing chapter, of course) are available for sale, but since they are only a couple of centimetres tall, they’re difficult to read!  That’s why I’m going to print the text of the story here.  Hope you enjoy this first chapter:

The Vital Chapter by O Libris

Since the beginning of the year, Algernon Cholmondeley had been feeling somewhat out of sorts.

It began when his prize peacock simply keeled over and died in the very centre of the drive on New Year’s Day.  By unfortunate circumstances, many guests were due at The Grey House for a party on that very occasion.  Carriages and steam-powered automobiles had been arriving for some time.  Each driver had been forced to swerve to avoid the bird, which was lurching around and staggering about in the most ungainly manner.  The screeching of brakes and the parping of horns and claxons provided an unwelcome accompaniment to the gentle welcome offered by Algernon and his delightful wife Josephine. 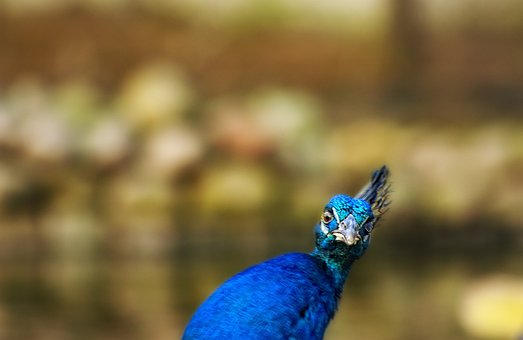 At four minutes past five precisely, the peacock stood still, made a feeble attempt to confound death by opening its once-splendid tail, fell to the ground and flopped untidily on the lawn which lay at the centre of the gravelled driveway.

“Did you know there’s a dead peacock in the middle of the drive, Algernon, old chap?” asked one guest after another as they arrived at the front door.

No seasonal felicitations.  No extended hand offering a friendly shake.  Not even enquiries into the health of the host and hostess.

Some delivered the line with concern, others with wry amusement, a few with puzzlement and still more with unconcealed hilarity.

Nor did it stop there.  Once inside the ballroom, the guests continued to discuss the deceased creature with gusto.  Ladies were heard to express wistful desires for a feather or two to adorn their hats, since the unfortunate possessor of these trimmings would no longer be in any need of them.

“A few of those exquisite breast feathers would set off my new gown quite wonderfully,” one lady was heard to say.  “Just the shade of turquoise I have been searching for.  I wonder whether it would be indelicate to ask.”

The gentlemen seemed more interested in how the bird would taste roasted with an apple and cranberry stuffing, but felt it unlikely that the cook would have time to prepare it for that evening’s banquet.
“Just drawing and plucking a bird that size would take a number of hours, I would imagine,” sighed a gentleman who looked to have consumed more than enough delicacies during the festive season, given the strain placed upon his waistcoat buttons.

Next the conversation turned to possible reasons for the creature’s demise.  The early arrivals were able to give those who had appeared more recently a fascinating account of the peacock’s final hours.  With many sound effects and gesticulations, they re-enacted the problems they had encountered during their attempts to negotiate the drive and park safely.
“Staggering about like a drunk, it was!”  announced Charlie Stammers-Bottington.  “Quite thought I was going to hit the beast.  First it veered one way, then the other, with never a glance towards my vehicle.  And you fellows must admit, it’s not an easy thing to miss.”

Others agreed readily that Charlie’s traction engine was indeed a very powerful presence on any driveway, and would be hard to ignore.

A man in a brown suit, whose brother-in-law was a veterinarian, said he’d heard the aforesaid brother-in-law speak of an outbreak of avian influenza, which had swept across the country from Prussia.  There was a general consensus that this was the most probable cause of death.
“It’ll probably spread to any other birds on the estate,” someone warned.

“Do you keep any other birds, Algy?” Henry Stuffingham called across the room.  “Probably best to have them shot and burn the carcasses.  Can’t be too careful with something like this, y’know.”

Algernon poured himself another glass of brandy and shook his head.  The conversation showed no sign of abating.  His attempts to instigate some lively parlour games fell – if not on deaf ears – on ears that were deaf to any subject beyond the accursed peacock.

Even at dinner, the subject refused – unlike its physical counterpart – to die.
“That roast bird’s a good size,” one wag remarked.  “Not a peacock by any chance?”

The raucous laughter which followed this rather weak joke was the final straw for poor Algernon.
He rose unsteadily to his feet and roared, “If anyone else raises the subject of that confounded bird this evening, they may consider themselves unwelcome in this house, both now and in the future!  Kindly do not allude to it in any way whassover – what sever – oh!  Just drat the thing, that’s all!”

He sank back into his chair, covered his face with his hand and began to weep.

There was the most awkward silence, which seemed to last for an eternity.  It was as if, deprived of their sole topic of conversation, the guests had been rendered quite mute.

Dinner was finished silently, apart from the clanking of silver on fine bone china, which sound now seemed extraordinarily loud.

As soon as was deemed prudent, first one couple then another made lame and hurried excuses for their early departure and left.  There was a veritable stampede for the door, so much so, that quite a queue of vehicles formed, waiting to leave.  All eyes within them stared balefully at the corpse of the peacock, but no lips moved.

It was unlikely that any of these people – his once dearest friends and acquaintances – would ever return, Algernon mused, glumly.  His name would, for all time, be inexorably linked to this bird.

“Oh Algernon?” people would say, “the chap with the dead peacock?”

Sniggers would follow.  He would be a laughing stock from that day forth. 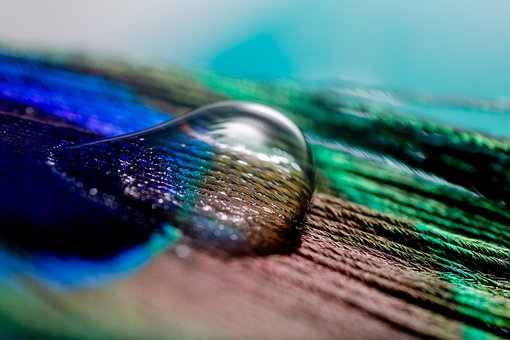 2 thoughts on “The Vital Chapter – Missing!”