Further adventures of Algernon, in which he is reunited with a relative…  (Chapters 1 and 2 can be found using the ‘Recent Posts’ section at the end of this one.)

On a bright morning in early spring, Harvey’s hot air balloon crash landed in the vegetable patch.  He’d been aiming for the meadow, but a sudden gust of wind in the final moments of descent blew him off course.

Harvey was Algernon’s younger brother.  Josephine had summoned him back from the Congo as her alarm at Algernon’s state of mind continued to grow.  If anyone could cheer her husband, it would be Harvey.

“What in the name of thunder is going on?” screamed Algernon, racing out of the French doors to inspect the damage to his property.

“Who the deuce has landed that damned contraption on my land?”

He grabbed his steam-powered plasma gun and was about to fire a volley of shots into the basket when he heard a jaunty “Hulloo” in the unmistakable tones of his brother.

That gentleman emerged rather unsteadily from the basket, pulled up his goggles to reveal a tanned, soot-smeared face and raced over to embrace Algernon, who had – fortunately – dropped his weapon and was standing and blinking in disbelief.

“My dearest boy!” Harvey exclaimed, grasping his brother’s hand in both of his own and pumping it up and down as if trying to start an engine.

At this moment, Josephine rushed up and warmly embraced her brother-in-law.

“Dearest Harvey, how wonderful to see you again.  Do come inside and have a cup of tea.  We’d just love to hear about all your adventures, wouldn’t we, Algy?”

“Um, indeed,” her husband responded weakly, absent-mindedly removing a broad bean tendril from his brother’s greatcoat.  “Yes, of course.  Do come inside.”

Half an hour later, they were sitting, sipping tea, around a blazing fire in the drawing room.

Harvey had brought with him a battered map of the diamond mine he had bought in Africa.

“Amazing potential!” he was exclaiming.  “Stunning gems in there.  Worth a king’s ransom!  By Jove, Algy, you should come out there with me.  We could run the place together.  Lord, you should see the engine I’ve got set up for the extraction process.  Such a beauty!  It simply can’t fail.  We’ll make millions!”

Josephine glanced at Algernon.  This was not quite the way she had anticipated that the discussion would go.

Algernon sat listening passively as his brother extolled the virtues of life in Africa.  It was difficult to read his thoughts from his expression.

“Oh such adventures are just fine for a young fellow like yourself, my dear Harvey.  Nothing to hold you here, no family or obligations to consider.  I’m delighted for you, old boy.  Wouldn’t do for me, though.  There’s this old pile to keep up, the staff to consider, all the horses… and I couldn’t ask Josephine to up sticks and adjust to such a difficult climate.” 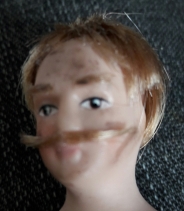 “Pah!  Loads of lovely ladies over there!” returned Harvey.  “They have a whale of a time.  As for this old place – sell it up and start afresh.  You’ll make your fortune.  Nothing to lose.”

“Well I’ll give it some thought,” Algernon replied, and promptly left the room and headed back to his study.

“Glad you sent for me, old girl,” Harvey told Josephine.  “I see what you mean.  He does seem rather out of sorts.”

“Oh Harvey, I’m so worried about him!” Josephine cried.  “It is so good of you to have come all this way.  I’m sure it will cheer him up to have you around.  Perhaps you could go riding with him tomorrow, if you’re sufficiently rested.  He’d very much enjoy that.”

“Riding?” asked Harvey.  “You mean horses?  Oh no.  What Algy needs is some adventure.  Give me a day or two to get the balloon sorted out and I’ll take him for a trip in that.  That’ll do him the world of good. You see if it doesn’t.”

One thought on “The Chapter Before the Vital Chapter”